The Oklahoma City Thunder basketball team have been caught up in a terrifying and mysterious mid-air accident which has yet to be adequately explained leading some people to suggest that the team’s plane may well have hit a UFO.

Basketball team in mid-air collision with an unidentified object.

Steven Adams, who plays center position for the team was among those who took to social media looking for answers following the bizarre incident. He asked the engineer and well known ‘Science Guy’ Bill Nye and the highly respected astrophysicist Neil deGrasse Tyson what could have caused it, but the two men were unsure.

Steven Adams‏: “NASA, what caused this?” 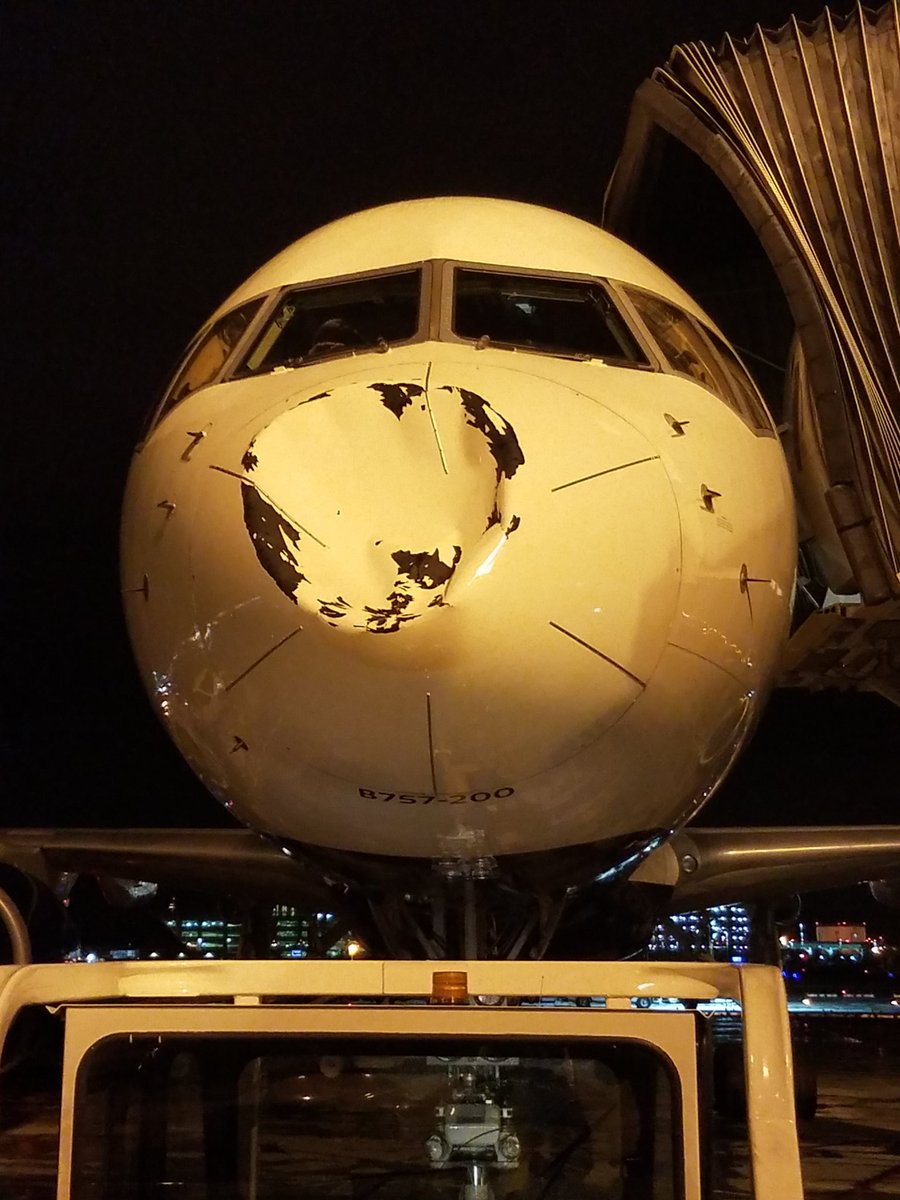 In response to the bizarre, high-profile incident, Delta Airlines made an official statement regarding the mid-air collision. In a statement to the Oklahoman, a representative from the company made the somewhat dubious suggestion that the plane had come into contact with ‘a bird.’ “Delta flight #DL8935, operating from Minneapolis to Chicago-Midway as a charter flight for the Oklahoma City Thunder, likely encountered a bird while on descent into Chicago, ” the representative said in a statement, “The aircraft, a Boeing 757-200, landed safely without incident; customers have since deplaned and maintenance teams are evaluating. Safety is Delta’s top priority.”

The suggestion that coming into contact with bird could have caused so much damage to an airplane has been the subject of considerable incredulity and even outright ridicule. It is still unclear as to what could have caused the significant damage to the nose of the plane and it may well remain a mystery.