When Dennis Carver realized the loud cracks weren’t fireworks but instead rapid gunfire, he jumped on top of his wife, Lorraine Carver, to shield her from the bullets.

“That’s just the kind of love they had for each other,” Brooke Carver, the couple’s oldest daughter, told the Las Vegas Review-Journal. “Their love was selfless.”

Minutes earlier, the couple had been line dancing and singing along to country performer Jason Aldean at the Route 91 Harvest music festival on Oct. 1.

It was during the third or fourth lull in gunfire when the two got up, hand in hand, and started running. They ran for their lives and didn’t stop until they got out uninjured, their daughter said. 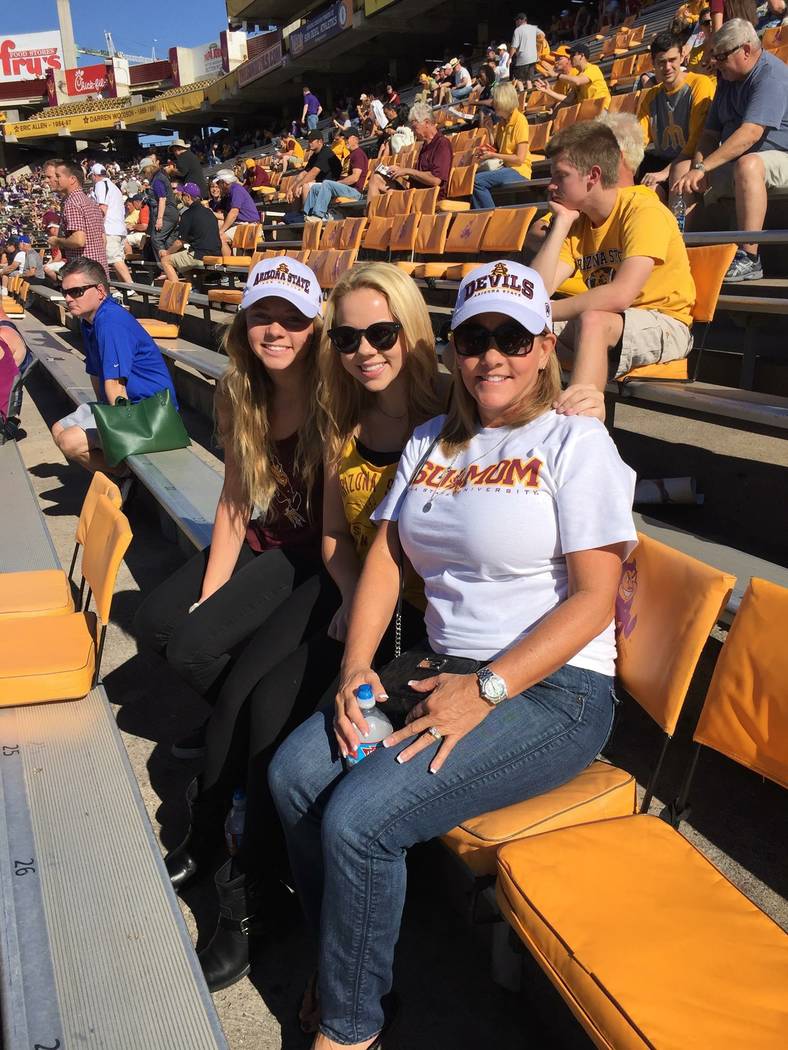 Two days after the shooting attack, the couple, who lived in Henderson part time and owned a plumbing company, returned to their Riverside County home in California.

They would go on to spend the next two weeks more in love than ever with each other and with life.

“After the shooting, they heard from all of the people they cared about most. They were so happy,” said Brooke, 20. “The last two weeks of their lives were really just spent living in the moment.”

But on the night of Oct. 16, the couple’s younger daughter, 16-year-old Madison Carver, heard a loud bang outside her window. When she ran down the street and rounded the corner, a familiar vehicle engulfed in flames came into view. Dennis, 52, and Lorraine, 53, had died together less than half a mile from their home. 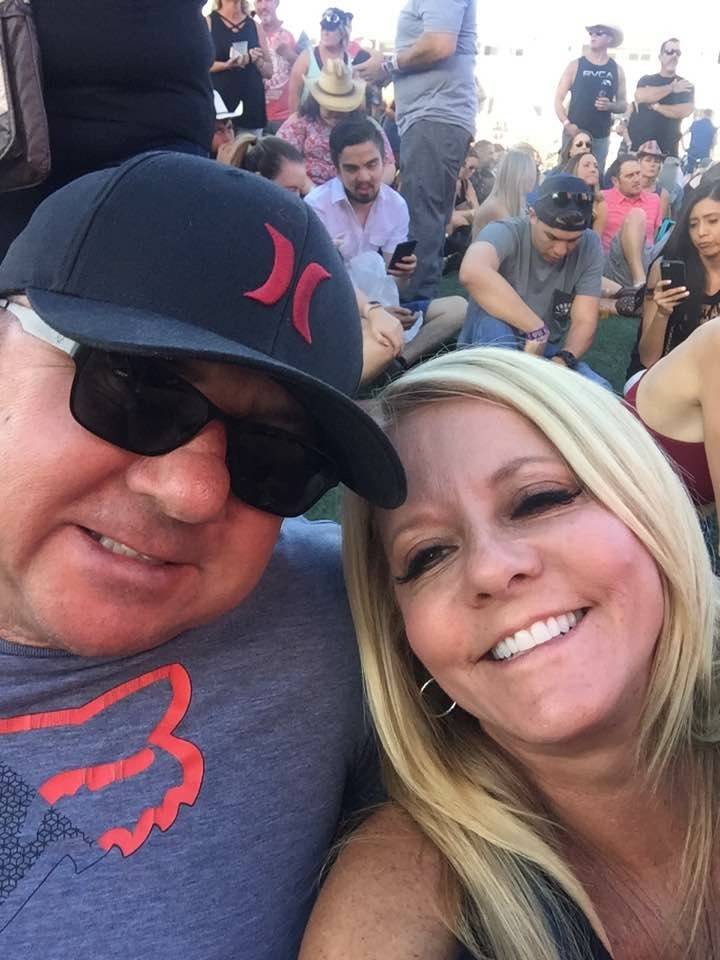 According to the Riverside County Fire Department, their vehicle crashed into a metal gate outside their community at 10:50 p.m. on the 20000 block of Avenida De Arboles. It took firefighters nearly an hour to completely put out the fire, the department said in a statement.

Where others see a tragedy, the couple’s daughters see a show of love.

If they had to lose both their parents at the same time, they said they’re thankful it happened so close to the time of the Las Vegas massacre.

“We were so relieved when they got out of the shooting alive,” Brooke said. “But I also think we’ve been given little pieces of them that we would’ve never gotten if the shooting hadn’t happened right before they died.”

Their father was strong and independent and always put the people he loved first. Their mother was humble and generous and appreciated the simple things in life — like a hearty laugh or a colorful flower arrangement. 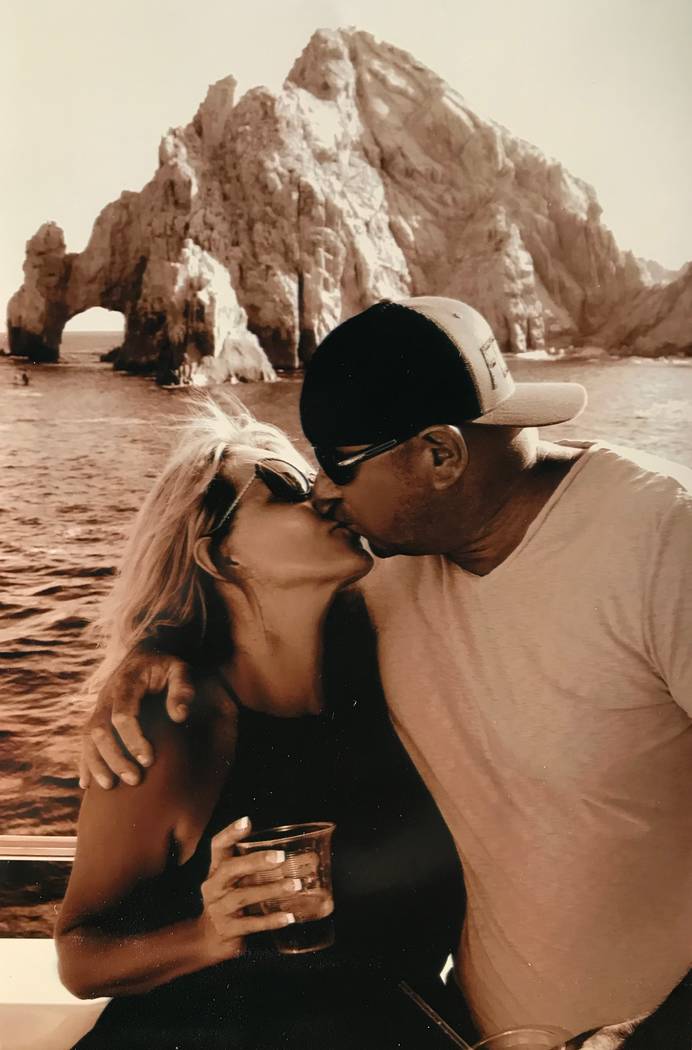 Three days after the shooting, Brooke said she was on the phone with her father. They asked about each other’s days and their plans for the weekend.

“Hey, you think I should get roses or different flowers for your mom?” her dad asked her.

There was no special occasion — no birthday, no anniversary.

“He just wanted to give my mom a reason to smile after the shooting,” she said. “I swear they were more in love those two weeks than the last 20 years.”

Nearly a month later, she said, not a single petal had fallen from the dried-up roses.

“It’s almost as if they’re frozen in time,” her sister added. “We’re so lucky we have those flowers to remind us of them.”

A week after the fatal crash, another item carrying memories of their 52-year-old father showed up on their doorstep. During the confusion of the shooting, he had lost his phone, but a Las Vegas FBI agent promised to ship the phone to him.

“When we turned it on, all his photos and messages were still there,” Brooke said. “This is how we know they’re looking down and watching over us.”

The couple had been together for 22 years but waited until their daughters were older to get married. They wanted to share the special day with their girls.

On Aug. 9, 2010, they tied the knot at the Little White Chapel on the north end of the Strip. Their two daughters were the only witnesses.

“It’s always been just the four of us,” Brooke said. “But it never felt lonely because they loved us so much. They were always so happy and full of life.”

Now they’re down to two, but the daughters say they plan to honor their parents’ memory by living by their family motto: We do as we do and we be happy.